Beware of Kitten and Puppy Scams! 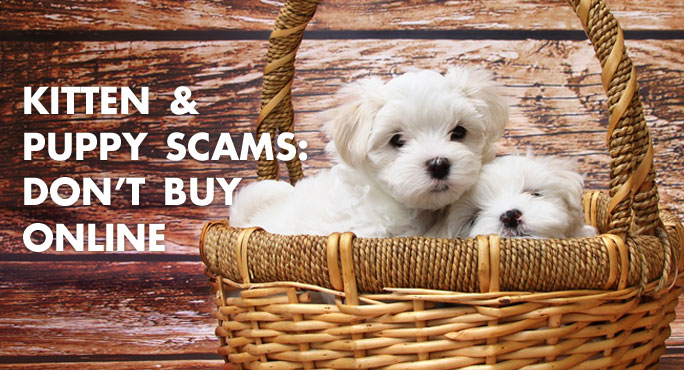 It’s bad enough when con artists and criminals steal your money, but when they steal your heart, too, that’s truly reprehensible. We’re talking about thieves who use puppies as a lure to get their hands on your money. And who pretend to be legitimate when they are anything but that. Kitten and puppy scams are stealing our Starwood Animal Transport name and trading on our goodwill reputation.

That makes us angry, and as a pet lover you should be angry, too. We want to publicize the reality of animal scams, so you can protect yourself. The bottom line is simple: there is no kitten or puppy involved.

Puppy scams are all too common

Pet ownership is on the rise, in the US and elsewhere around the world, so there are plenty of people looking for their next pet. A great place to search for anything these days is the internet, and that’s where you’ll find puppy scammers, too – advertising non-existent pets, typically via free sites such as Craigslist. They advertise expensive trendy breeds and “designer” dogs or cats, but many of them specialize in advertising “rescues.”

The Better Business Bureau suspects that at least 80% of sponsored advertising links that appear to Americans who search online for pets are fraudulent.

But what caring person could resist an adorable baby dog in need? They grab your heart with an endearing or heartrending photo.

Where do we come in?

The puppy or kitten in question is never nearby where you could go get it in person, because there is no dog or cat. Your new pet will have to be transported to you by a third party. To appear legitimate, some scammers pose as Starwood Animal Transport (in some cases, even going so far as to use an actual employee’s name). Other scammers claim to be working with us. Either way, it’s a lie.

But it’s darn hard to tell, because they hijack our logo and other visuals to make their ads and emails look like ours and to create fake Facebook pages. And we aren’t the only company being ripped off. Here’s a sample of an email actually sent by a fake shipper.

Starwood NEVER asks customers to send money via Western Union or MoneyGram. We NEVER ask for money to reimburse us for vet bills or other expenses. And there is no such thing as a “special” pet crate that is heated, air-conditioned, or otherwise modified.

What can you do if you’re scammed?

Regrettably, there is little recourse for you or us. Once you send money via Western Union or MoneyGram, it’s gone. Report the fraud to your bank anyway. And report your experience, which helps build files against scammers. Contact:

We report scams and fraud to Facebook when we know about them, but frankly, these puppy scams are so lucrative the thieves create new fake pages faster than we can keep track of them.

Starwood Animal Transport has been in the business of responsibly and lovingly transporting animals for a long time. Over the years, we have gained an excellent reputation. Puppy and kitten scammers steal our identity in the hope they will be able to steal from you. Don’t let that happen. There are hundreds of thousands of real puppies just waiting for you at local shelters, with bona fide rescue groups, and through professional breeders. 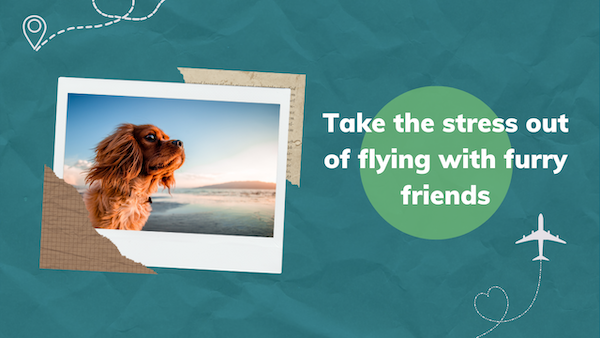 Is Air Travel Safe For My Snub-Nosed Dog?

There are several dog breeds that have short, or snub noses - also known as brachycephalic breeds. These include: ...
Read More

The Best Dog Leashes and Harnesses

The array of dog collars, harnesses, and leashes available today boggles the mind. You have to choose something, because good ...
Read More

What It Takes to Move a Pet Overseas

Pet ownership around the world has soared in the last decade or two. We adore our pets – sometimes beyond all reason. They are ...
Read More