Don't Eat That! 20 Plants and Flowers Your Pet Should Avoid in Europe 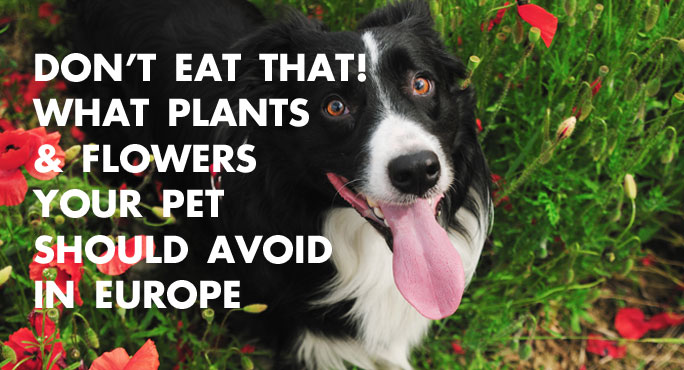 Like babies, some pets explore the world around them by putting things in their mouth. Unfortunately, a number of tempting flowers and other plants can be highly toxic to cats and/or dogs. If you’re moving to Europe – or planning a holiday with your pet – be sure you know where the plant-based dangers lie before you go.

Cats and dogs may respond differently

Your kitty’s body chemistry is different than your pooch’s, so they respond in different ways to certain chemicals. A plant that is toxic to one may not be a problem for the other. Thankfully, the American Society for the Prevention of Cruelty to Animals (SPCA) has created two separate lists of the world’s pet-poisonous plants – one for cats and one for dogs.

You can download these lists to carry with you, or you can bookmark them for quick online reference.

No matter where you go in Europe, you’ll be impressed with the gorgeous gardens – both public spaces and private homes. Beware, though, because many horticultural favorites are poisonous. Some you may instantly recognize, because you see them at home in the US, Canada, or the UK. Others may be new to you. Remember that the climate differs significantly between northern and southern parts of Europe, so the plant palate you encounter will differ to some extent, too.

Some plants will make your pet sick, others can be deadly

When we hear the word “poisonous,” we think the worst. The truth is, most toxic plants are not lethal. But they are certainly not something you want your pet to munch on. Poisonous plants can cause all manner of symptoms, some mild and some far more severe. Typical issues include diarrhea, vomiting, pain and swelling.

But cats and dogs may also suffer seizures, erratic pulse, excessive thirst, difficulty, confusion, and loss of balance. Pets that ingest even tiny amounts of the wrong plant can suffer temporary or permanent damage to their heart, kidneys, liver, digestive system, or lungs.

With some plants, only certain parts contain potentially toxic chemicals. With others, everything from leaves to roots is dangerous. And it’s not only garden and wild flora. Houseplants can be a problem, too, and they are popular the world over. In Europe you’re likely to see favorites such as these, which are all toxic to some degree:

What to watch for in Europe

Some of the plants on this list may surprise you, because they are common garden favorites that many people don’t realize are potentially dangerous – to the humans in their family as well as their pets:

And let’s not forget fungi

Europe is home to more than a dozen varieties of mushrooms that range from “mildly indigestible” to deadly (to humans as well as pets). Dogs and cats should never be allowed to eat mushrooms anyway, because even the varieties that are benign (and tasty) to humans can cause problems for dogs and cats.

So the same rule applies in Europe as it does elsewhere: never, ever, harvest wild mushrooms unless you are certain about the variety, or you’re with someone who is reliably knowledgeable.

Experts say that, generally, dogs are more prone to chewing or licking plants, but some cats indulge in this behavior as well. The best plan is to keep an eye on your pet and keep him away from anything you think may be dangerous. When you’re out for a walk, carry some small treats so you can offer a safe alternative.

And along that same note, if you expect to take those walks in rural areas, it’s smart to take along a pet emergency kit as well. It’s more likely that your dog could be injured than that he will ingest some potentially dangerous plant. With a pet first aid kit at hand, you’re prepared to care for him until you can get to a vet. 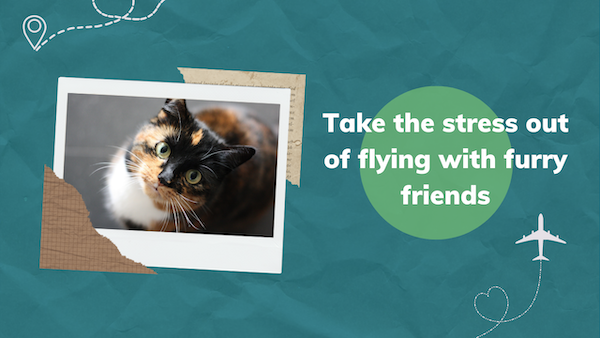 American Airlines has been transporting animals for more than 50 years, so even if your pet is flying for the first time, they ...
Read More

Brexit and Traveling with Your Pet to the UK

What’s the deal with Brexit? Will there even be an exit deal between the United Kingdom and the European Union by March 29, ...
Read More

What could be prettier than an English garden? The British are renowned the world over for their love of landscaping, ...
Read More