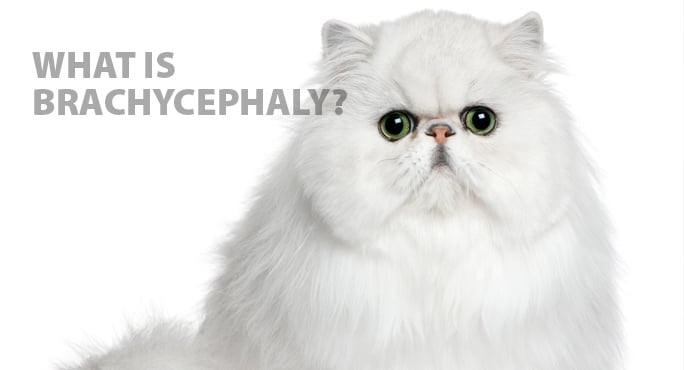 Oh, those adorable flat-faced pets. From tiny tykes such as Shih Tzus and pugs to boxers and mastiffs, we find our canines’ wrinkly faces, big eyes, and funny snorty sounds to be entirely endearing. And let’s not forget flat-faced felines – from stately Persians to Scottish Folds, their snub noses have captured our hearts, too. Sadly, however, those flattened faces can cause serious health problems.

Especially for pets who want to travel overseas with their humans.

Because some pet owners find these facial changes appealing and flat-faced dogs and cats have become highly desirable, breeders have worked to accentuate traits such as shortened snouts, flattened noses, and wrinkled skin traits in some types of dogs and cats. Unfortunately this also accentuates potential health problems.

Brachycephaly literally means “short headed.” Dogs and cats that fall into this category have shortened shouts, narrowed nostrils, and often narrowed throats and windpipes. The extent of these deformities differs among breeds, from moderate to extreme. Mixed breeds may exhibit mild to no brachycephalic characteristics.

Problems arise because these pets have all the same internal physical structures as normal, longer-snouted dogs and cats, yet all those structures are crammed into much smaller spaces. Symptoms of brachycephaly can include:

For brachycephalic pets, every breath is hard work:

In cats, the first two issues are most common. But breathing difficulties are not the only problem, Snub-nosed dogs and cats often suffer from a range of other health problems directly related to their deformed heads.

For example, adult dogs have 42 teeth (cats have 30). Brachycephalic breeds often have an under-bite (their lower jaw sticks out beyond the upper jaw), and overall there is far less space to accommodate their teeth. The result is crooked, overlapping teeth that do not meet properly for biting and chewing and swallowing, making eating difficult. So these dogs and cats often suffer from dental and gastro-intestinal problems.

Inability to obtain enough oxygen can also lead to heart and other organ failure. And for wrinkly-faced dogs and cats, the chance of skin and ear infections is increased because these surfaces aren’t well ventilated. Brachycephalic pets can also suffer from eye problems, and even neurological problems.

Heat Can Be a Killer

Over-exercising or anxiety can lead to lack of oxygen that causes collapse or even death. Exposure to heat and humidity can do the same, since flat-faced pets are especially vulnerable to deadly heatstroke. Pets who are overweight or older are at even greater risk for the worst complications.

Why is heat such a big deal? Because dogs and cats do not sweat. The only way they can cool themselves is by remaining calm or panting. Cats notoriously hate to breathe through their mouths, but dogs rely on panting to regulate their temperature. This works well for dogs with longer muzzles, since they can quickly draw in air which cools as it passes over their tongue. For dogs with short or flat muzzles, this system does not work. So they can easily overheat.

Air travel puts additional stress on dogs and cats, with strange people and sounds and erratic environmental changes. Dogs and cats who are in good health weather these changes quite well. But for those with chronic difficulty breathing (and perhaps other health problems), the strain of air travel may be too much. This is even truer in summer, because of the heat.

All airlines have rules about which animals can fly – especially brachycephalic dogs and cats -- but the details differ for every carrier. Understanding the risks associated with your pet’s brachycephaly is the first step in determining whether he is a good candidate to fly. The next step is consulting with your airline to learn their rules. Then, you’ll want to consult your vet to discuss your pet’s personal health.

How to Keep Your Pet Healthy in Cold Weather

If you think it’s tougher to stay warm and healthy in winter, think how your pets must feel. Now is the time to consider the ...
Read More

Top 7 Must Have Items For Your Pet on a Vacation

Deciding what to take on your vacation can be a tough decision. Add in your pet, and you have more to think about. What you ...
Read More

Introduction Dogs and cats who travel on planes must be confined to a pet travel carrier, or “crate.” That makes sense, but ...
Read More